In the previous posts, we’ve gone through our first few utility functions. We now have enough in our toolbox to move on to our first component. However, where do all these functions belong?

After learning how to select elements in the DOM, it’s time to zoom into events. This is the third post in the JavaScript Framework Diet series.

In Selecting elements (part 1) we learned how to select elements from the DOM, and how to find elements inside other elements, both with our own $ and $$ helpers.

It’s time for a diet. I’m challenging you to build something without a framework, or follow along and learn something along the way.

Yee-haw, we released Mailcoach! Mailcoach is a self-hosted newsletter solution. My contributions were on the JavaScript side of things: I helped decide which tech stack to use, and implemented it.

After building apps with almost exclusively Vue and React the past few years, we decided to go with vanilla JavaScript for Mailcoach. There’s no frontend framework involved, but we’re pulling in some npm packages where needed.

I’m not going to dive into implementation details. I’m going to talk about why we decided on this stack and go in-depth on the structure of the application code, bundle sizes, and choosing external dependencies.

React follows semantic versioning, but with a twist. From their versioning policy:

The twist is subtle: non-critical bugfixes are released as minor releases.

I’ve often wondered whether three digits really is necessary for versioning. As a package maintainer, deciding between minor and patch is often a gray area.

Two digits would suffice: breaking changes and non-breaking changes. Feature or bugfix doesn’t really matter from a technical point of view: upgrading can either break things, or can’t.

React reserves the patch number for critical bugfixes, which I believe is a necessary escape hatch in a two digit system. But I like I how they default to simply bumping minor versions.

Last week I published a post about how I implemented live updates on an Oh Dear! status page.

Caleb Porzio rebuilt the page with Livewire. It’s pretty impressive to see how easy the process is by just adding a few built in Livewire directives.

Both Inertia.js and Livewire have been in the spotlight the past few months. The two libraries often get put next to each other because of their (coincidentally) simultaneous releases.

I’ve seen many people compare the two, or ask if they can be used together. This post showcases their similarities and differences, and should help you understand which problems they each solve best.

Last week Oh Dear! launched a new status pages feature. I designed them and implemented their frontend. Here’s a live example on status.flareapp.io. 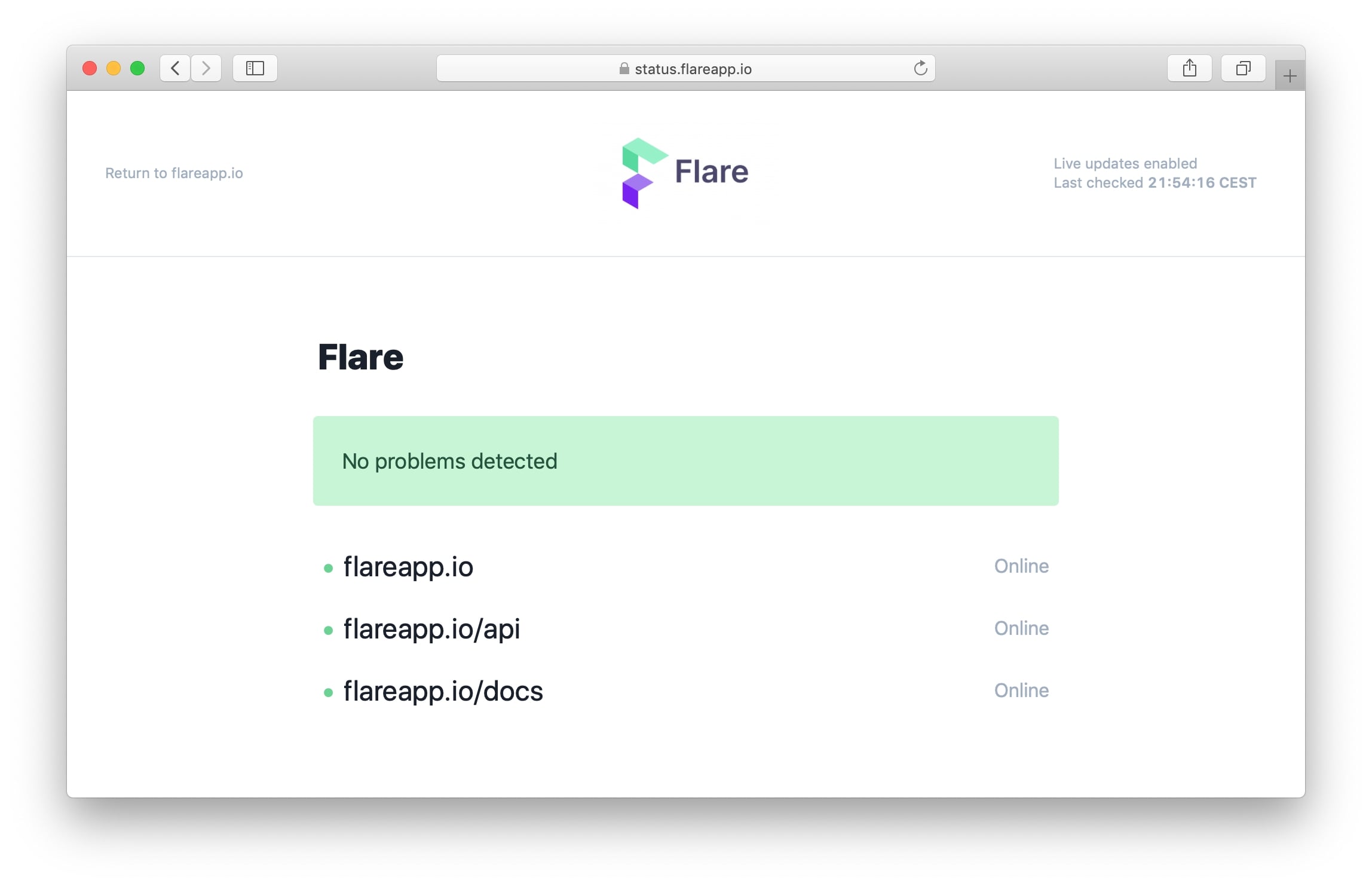 We were originally going to use Vue for the pages, so we could make the entire view reactive so we could easily fetch and update data with AJAX or websockets. I started building the status page view, but quickly became hesitant about the decision to use Vue. It didn’t feel like the right tool for the job.