I rediscovered jq the other day, a little command line tool to format, read, and transform JSON from the command line.

Jq falls into one of my favorite categories of tools: the “simple and do one thing good” category—the Unix philosophy at its finest.

Pipe any JSON to jq. The first thing you’ll notice is the added syntax highlighting. 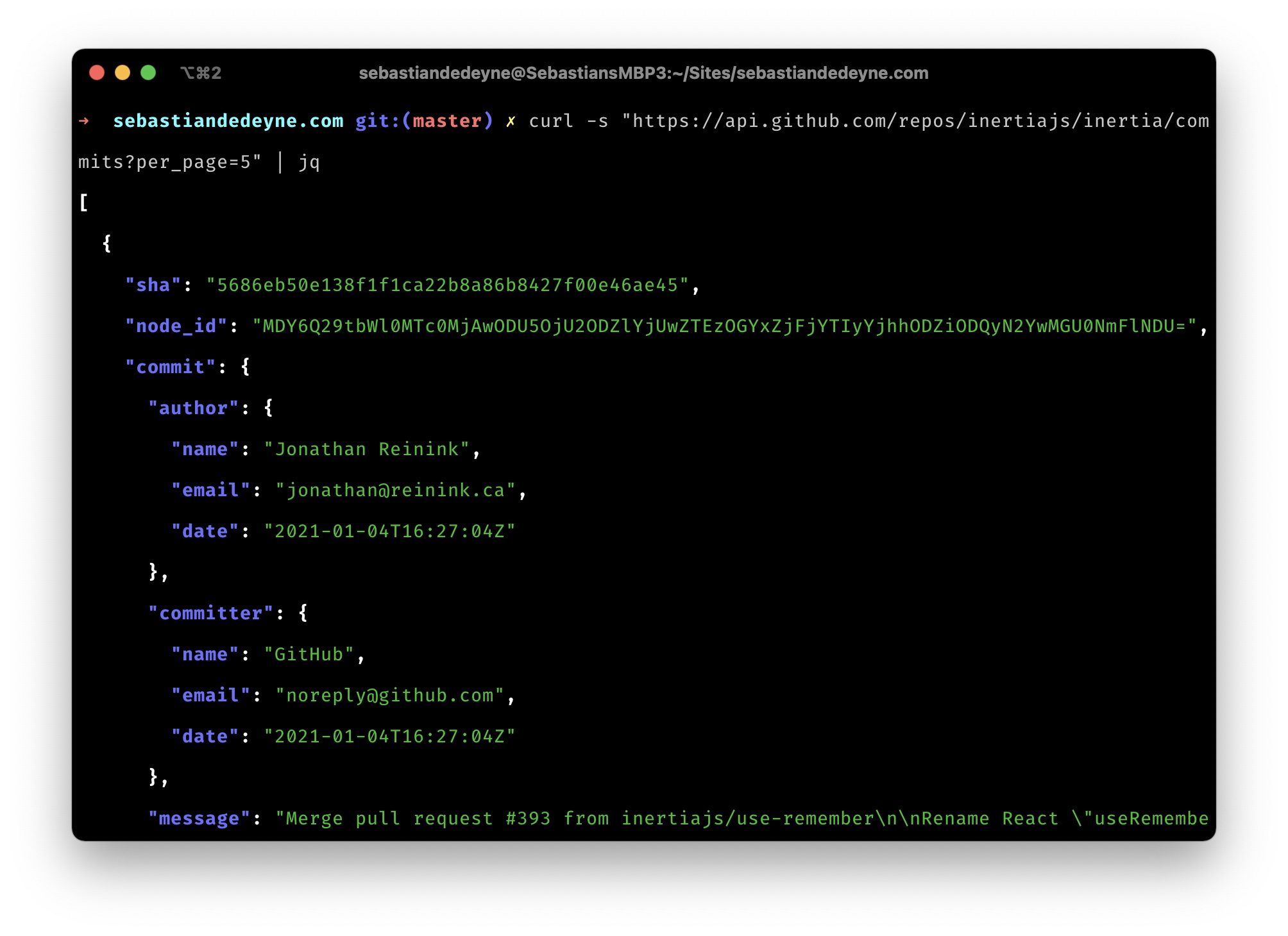 Then, you can use a path syntax to query the JSON object.

The path syntax supports arrays and deeply nested objects, and can even map data with a pipe operator.

Installing jq on a Mac is as easy as brew install jq. Read the docs for further instructions and a detailed explanation of the path syntax.

I occasionally send out a newsletter with personal stories, things I’ve been working on in the past month, and interesting things I come across.